Maritime Concert Opera presents: La bohème, an opera by Giacomo Puccini
probably the most intensely romantic opera of all time!

at Central United Church
This event has passed.

This listing is for tickets for the Lunenburg show. There will also be performances at the Osprey Arts Centre in Shelburne on Tuesday, June 19, Kings Theatre, Annapolis Royal on Thursday, June 21 - tickets for those shows from the respective theatres 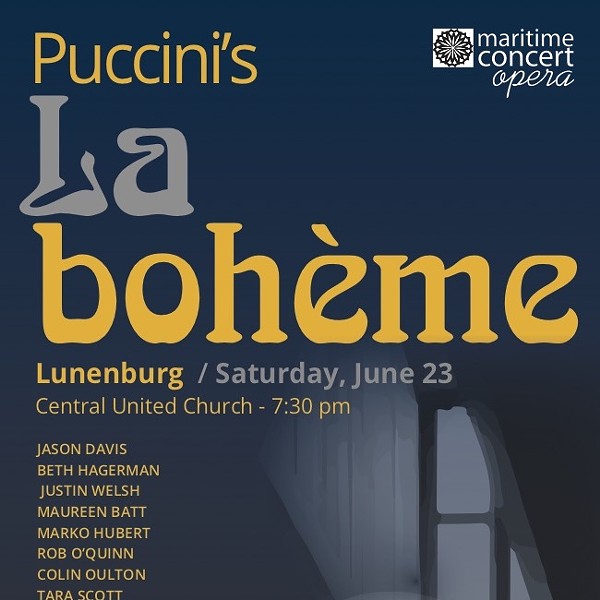 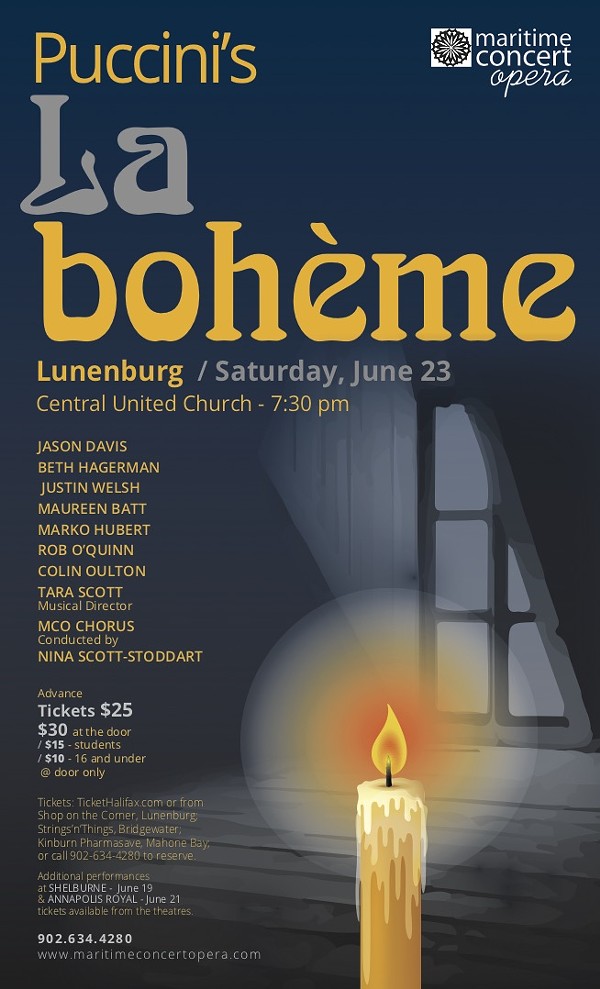 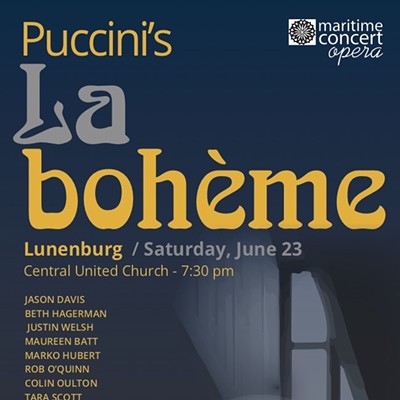