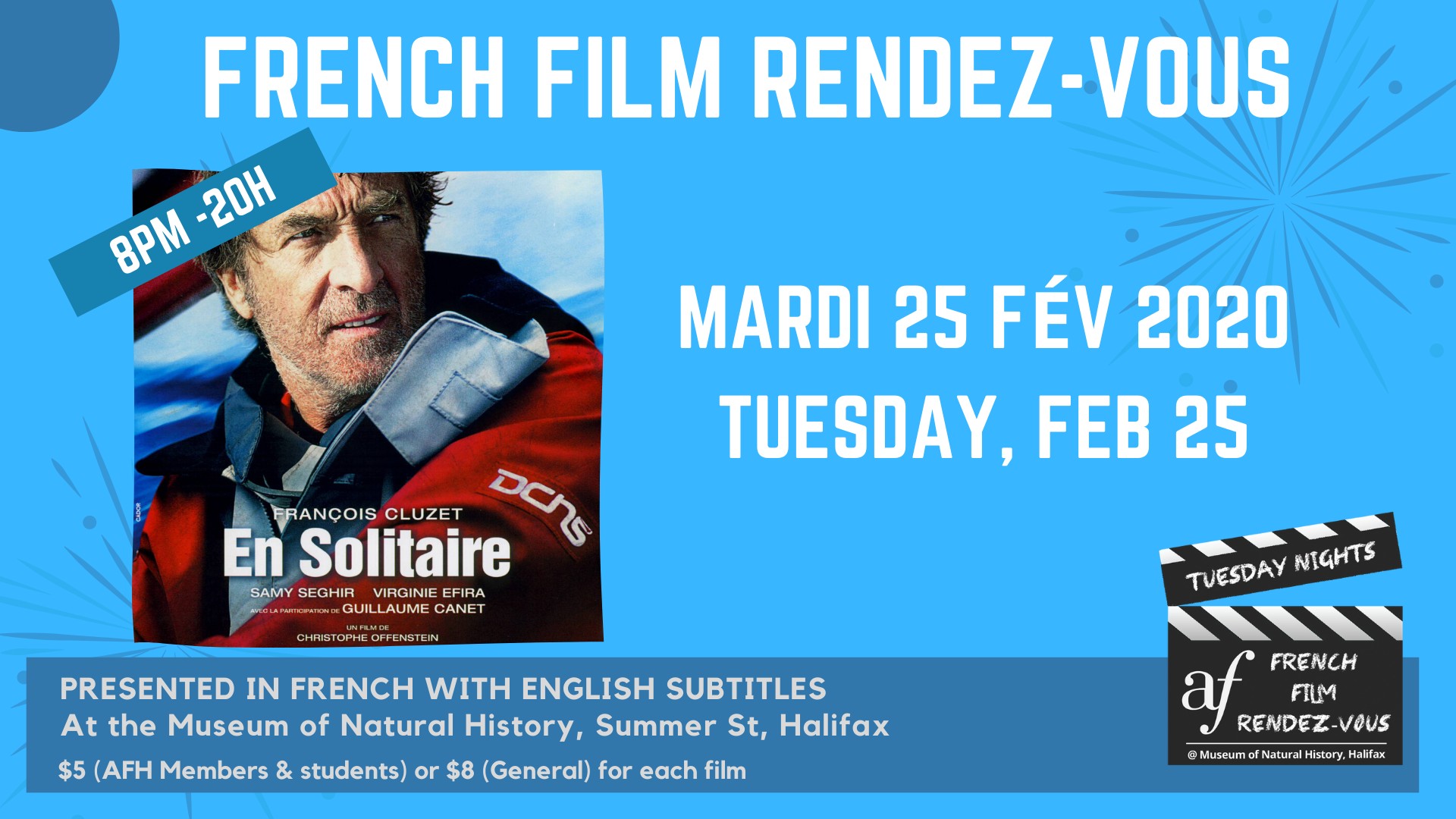 at Auditorium of the Museum of Natural History
This event has passed.

The French Film Rendez-Vous are the monthly movie nights offered by Alliance Française Halifax. On the program, two films with English subtitles: one for young people and families and one for a general audience

Yann Kermadec sees his dream come true when he is the last-minute replacement for his friend Franck Drevil, in the starting blocks for the Vendée Globe round-the-world, single-handed yacht race. Driven by a huge desire to win, the discovery of a young passenger on board his yacht while he's out at sea will call into question the whole race. 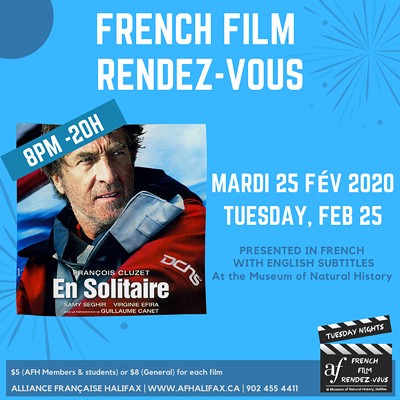 Auditorium of the Museum of Natural History