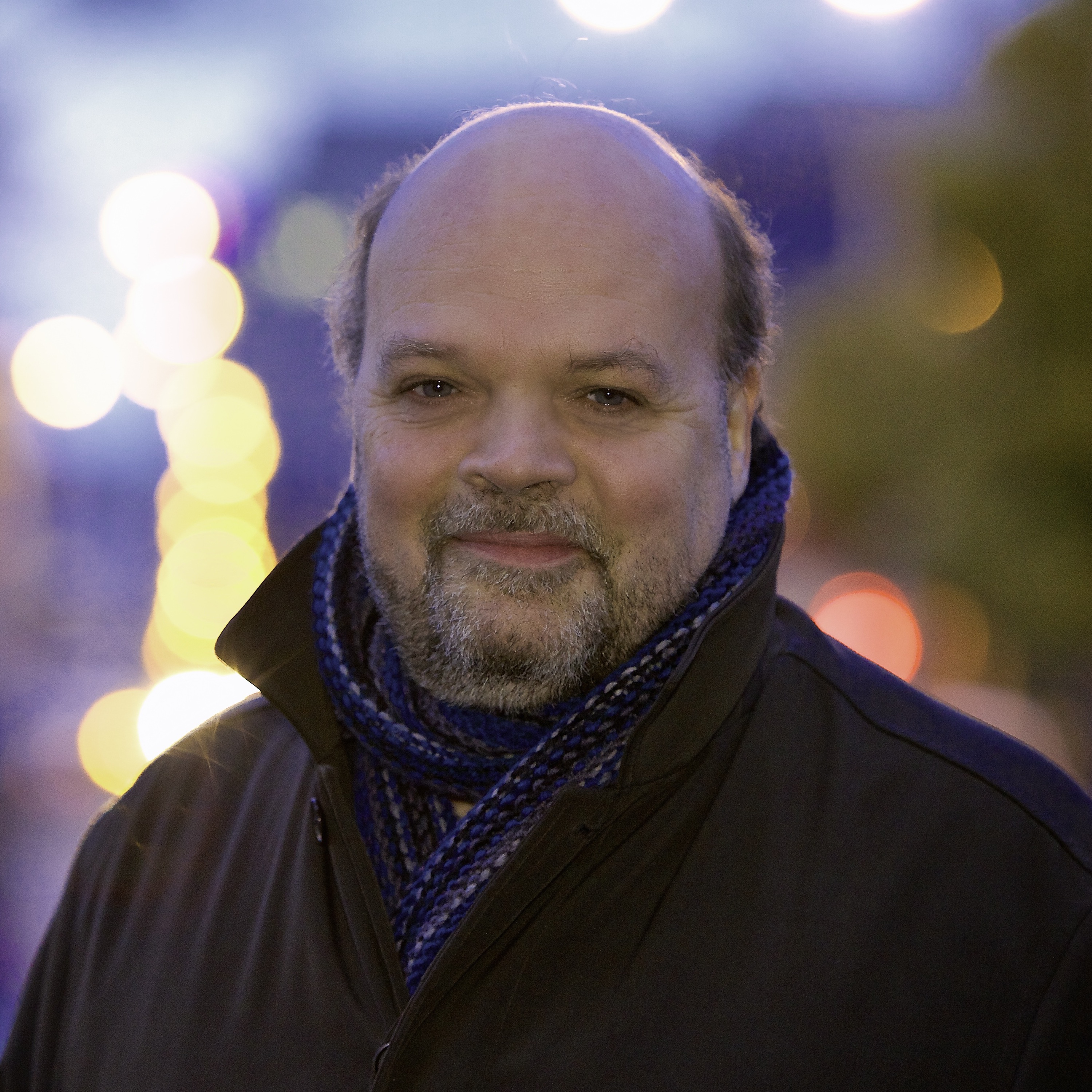 at St. David's Presbyterian Church
This event has passed.

Hear music that spans over 1000 years, from Gregorian chant and medieval music to new repertoire of this century performed by new vocal quartet, The Togni Consort. The program is based around the sacred and mystical music of Halifax composer Peter-Anthony Togni. His works are influenced by Gregorian chant and Russian Orthodox liturgical music.  The concert prominently features bass clarinetist Jeff Reilly and lutenist Kerry Bursey. The lute was the most popular instrument of the Western world during the Renaissance, and hearing it within the context of Togni’s writing further connects the Ancient and modern soundscapes. Highlights from Togni’s fascinating work Responsio, winner of the 2014 Nova Scotia Masterworks Award will also be performed.

Nova Scotian-based composer Peter-Anthony Togni’s music is being sung across Canada and around the world.  He is internationally appreciated for his writing style which transcends time, blending ancient and modern traditions. Currently writing a large scale work for the esteemed Latvian Radio Choir, this concert provides a unique opportunity to hear Togni’s works locally, within a distilled context of vocal quartet and select instruments, in the stunning acoustic of St. David’s Presbyterian Church. 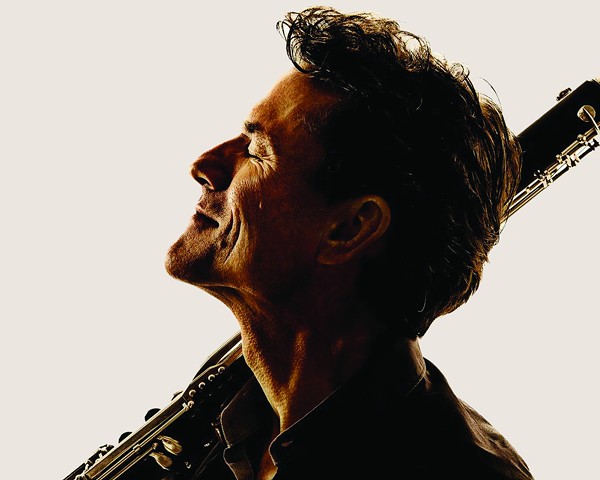 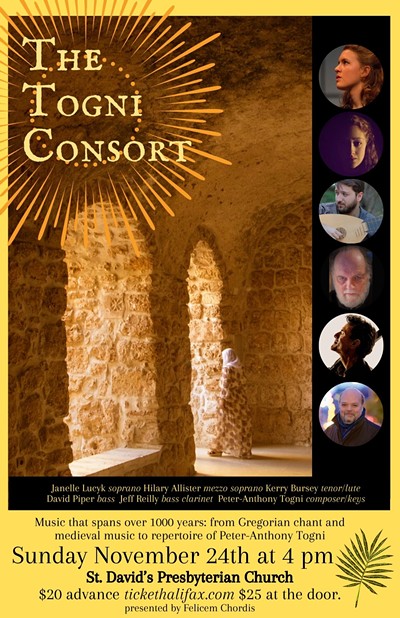